History of The Oyster Tavern

The Oyster Tavern has been a part of the Cork landscape for hundreds of years.

The earliest trace of the house being a tavern is dated to 1800. In 1828, Widow Stokes held the premises under lease from Edward Barrett, a Publican, and Richard Fitzgerald, a brewer, the property then being described as ‘a plot of ground in Cenderberry’s lane’ (now Market Lane).

The premises changed hands several times between 1856 and 1943, with one notable owner being Ellen Herron and her sons. A new owner came to purchase the tavern in 1943 and ran the business as a first-class restaurant. Other notable owners include David Nicholson, a descendant of the Merchant Prince families of Cork, who ran the Tavern until 1990.

There have been many changes to the building since The Oyster Tavern’s inception. In the early hours of August 20th, 1969, a fire broke out in the upper portion of the building and great damage was done to the first floor. Fortunately, the fire brigade was able to confine the fire to this portion of the building. The work of the restoration was commenced immediately and it was restored in sixteen weeks and back to business in exactly the same tradition and surroundings.

The Oyster Tavern is just a few feet away from the historical English Market, and we are delighted to be able to source our meat, fish and produce from many of its wonderful vendors.

The English Market dates back to 1788, when it first opened several by meat vendors and was known as the Grand Parade Meat Market. Fruit and vegetables, cheese and fish stalls soon opened up alongside and developed the format of what is now the modern-day market. Surviving fires, gentrification and office development plans over the years, this Cork attraction is a bustling hub of fabulous Irish and international food and flavours.

powered by Advanced iFrame free. Get the Pro version on CodeCanyon. 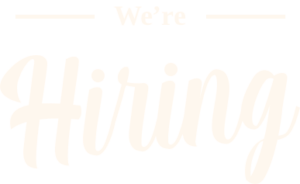